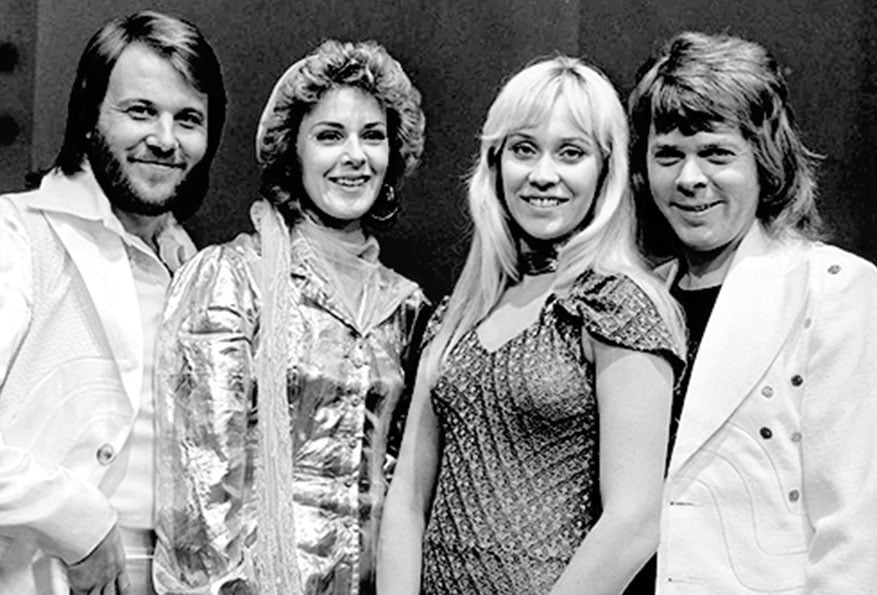 ABBA was a Swedish pop group formed in Stockholm in 1972. The group’s name is an acronym for the first letters of their first names. They became one of the most commercially successful acts in the history of popular music, topping the charts worldwide from the late 70s to the 80s.

ABBA’s songwriting duo, composed of Benny Andersson and Björn Ulvaeus, wrote the group’s hits with additional songwriting contributions from another songwriter named Stig Anderson. Despite not being the primary songwriters, the 2 female members of Abba were still involved in the creative process.

It’s been said that the reason why ABBA’s songs were so successful is because of the way they were able to capture the feeling of young love. In a lot of ways, their music was the perfect coming-of-age soundtrack for a generation of people who were starting to experience a lot of firsts in their lives.

He’s not just a member of ABBA, Benny Andersson is also one of the group’s primary songwriters. He co-wrote most of ABBA’s biggest hits that you could still hear on the radio today.

This singer-songwriter was born in Stockholm, Sweden on December 16, 1946. Aside from being a member of one of the most iconic pop groups in history, Andersson has also had a very successful career as a solo artist and composer.

When “Mamma Mia” was made into a musical film in 2008, Andersson worked on the project as an executive producer. This just proves that his skills as a songwriter are still very much in demand even after all these years.

The other half of ABBA’s songwriting duo is Björn Ulvaeus. He was born on April 25, 1945, making him just a year older than his writing partner Benny Andersson. Ulvaeus is also from Sweden.

Just like Andersson, Ulvaeus has had a very successful career outside of ABBA. In fact, he worked with the late DJ, Avicii, for the Eurovision Contest’s theme song in 2013. Despite being in the later years of his life, Ulvaeus’ songwriting skills are still looked up to by many aspiring artists.

Aside from the two main songwriters in ABBA, there was also another man named Stig Anderson who made significant contributions to the group’s success. He is credited as a co-writer for some of their most popular songs, including “Dancing Queen” and “Waterloo.”

Anderson was born on January 25, 1931, making him the oldest member of ABBA’s songwriting team. He passed away in 1997 but his legacy as a songwriter continues on through the hits he wrote with the group.

Their songs often had catchy hooks and were easy to sing along to. They usually dealt with universal themes like love, loss, and heartbreak. Here is a list of some of their greatest hits:

Of course, we couldn’t leave out the most iconic ABBA song of all time. “Dancing Queen” is about a young woman who just wants to have fun and let loose on the dancefloor. It was written by two male members, Benny Andersson and Björn Ulvaeus, with the help of Stig Anderson.

Even the newer generations know and love this 70s classic. It’s still a popular disco track today and we can’t help but sing and dance along whenever we hear it!

Who could ever forget the catchy opening chords of “Mamma Mia”? This song is one of ABBA’s most iconic, and it was still written by Benny, Björn, and Stig.

Just like so many of ABBA’s songs, “Mamma Mia” is about young love but this time, it talks about not being able to resist the same guy who left you hanging.

It remains one of the group’s most popular songs, and has been covered by a number of artists including Meryl Steep, Lily Allen, and the cast of Mamma Mia! The Movie.

This was the song that catapulted ABBA into the international spotlight. It won them the 1974 Eurovision Song Contest, and it has since become one of their most beloved songs.

“Waterloo” was written by the same songwriters as the previous tracks mentioned, and it’s about a woman who is madly in love with a man. This track can still be streamed on all music platforms today.

We could go all day listing off every ABBA song that made a mark on the music industry, but we’ll let you enjoy the rest on your own time.

These are just 3 of their most popular hits that were written by the talented songwriters, Benny, Björn, and Stig. They truly are the masterminds behind some of the catchiest tunes of all time!

So there you have it! The people behind the magic of ABBA are, quite simply, geniuses. Each and every one of their songs are perfectly crafted, with lyrics that speak to the heart and melodies that stay in your head for days.

ABBA’s music has been enjoyed by millions of people around the world, and their legacy will no doubt continue for many years to come.