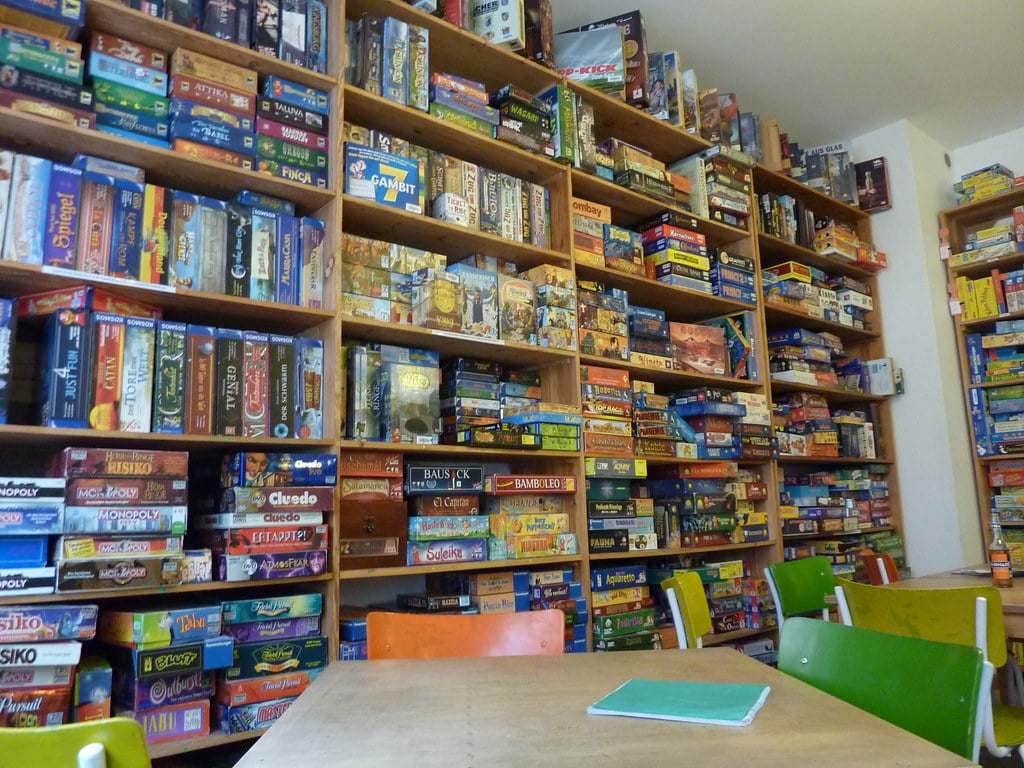 Music board games are a great way to combine your love for games and music from the comfort of your home. Karaoke bars and concerts are fun, but music enthusiasts don’t have many outlets these days to celebrate the music they enjoy!

In recent years there have been plenty of creative music board games released. Some let you create your own mixes while some let you experience competing with friends and families.

So let’s take a look at the best 7 music board games:

Create, discover and combine your favorite tracks like never before

This Hasbro and Harmonix mixed media experiment is a unique and fun game for those who enjoy music.

The electronic mixing game is equipped with a physical electronic gaming board and 60 DropMix cards which cover various musical genres. There are enough cards to keep you busy for a while, but if you want more you can buy more decks of 15 cards each or booster packs to keep the game exciting.

To play, an iOS or Android device is required which pairs the DropMix platform with a downloadable application.

There are three modes of play:

Freestyle Mode, where you can explore your DJ side by placing cards freely and creating mixes.

Party Mode, where groups are assigned the task of scoring the highest points against the clock.

Clash Mode, where you play in teams and battle against each other to create the coolest mix.

Overall, the DropMix Music Gaming System is ideal for playing with family and friends. It makes for a good travel game as well since the application can be used offline.

2. Big Potato Rolling Stone: The Music Trivia Game Where Legends are Made

An easy to play game that is fun for beginners

If you are not a music buff but have knowledge of popular artists, this game will be fun for you to play.

The game includes 200 cards, up to 8 different genres of music, and consists of head-to-head rounds as well as a charades round.

It is simple to play as the first round involves teams competing in a karaoke battle, and the second round involves players trying to get teams to guess artists by describing them through lyrics, humming, or using one word.

To summarize, this is a good game for parties or game nights. The inclusion of classic and new musical artists means that there is something for everyone. It is also a game that lets you exercise your imagination and creativity.

Let your inner rockstar shine with this energizing game

Talent or not, this game promises hours of fun and entertainment.

There are 48 double-sided cards in the box as well as 7 ‘’make-your-own’’ blank cards.

To begin playing, you roll the dice, place the pawn on the board, pick up a card, and proceed to sing the lyrics of a song that has the word written on the card.

The game is sometimes harder than you would think, which means that it can keep the party going for hours.

Overall, this is a game that would be highly recommended to anyone that likes music and singing. The best part about it is that you can play it with people of all ages, making it a fantastic game for many occasions.

A nostalgic game that includes the biggest MTV hits

Get ready for a blast from the past with this trivia game that is bound to increase your musical knowledge. Even if you do not know what MTV is, the game works well for adults and teenagers, due to the variety of challenges.

The purpose of this game is for your team to win by collecting an artist card from the 8 MTV Challenge categories.

The game has 180 cards and exciting rounds such as the Quick-Fire Buzzer Round where players have to enter a timed head-to-head battle.

This is followed by the Artist Round, where players have 30 seconds to get their team to guess three artists through three methods - performing a song, saying the lyrics, or using one word.

This is a super fun game to play with big groups of people, it can also be played quickly through speed rounds if you are not in the mood for a long game.

A classic game with no technology involved

This is a great game for those who burst into a song when they hear a word.

To play, each player has to fill out a ‘’hit list’’ containing one word from artist songs. Players then take turns saying words from their list while others have to sing songs containing that word.

The objective of the game is to think of a word that will stump the other players. However, once you stump a player, you have to be able to sing a song with the word you chose. If you can’t, you have to pick a card and do the challenge stated.

Overall, this is a good family game for those who have different tastes in music. It is fast-paced and can be completed within 30 minutes, and the components of the game make it interesting enough to play each time.

A game you can play anywhere

This card game is great for those who like to share music and discover new music tastes. It can be played virtually over video calls as well.

To play you need to have a phone with you. The game works by picking a card that has a topic on it, playing a song related to it on your phones, and then choosing a winner. It is a simple game yet is a good way to spend time with others.

This is a compact-sized game that can be played at any party, trip, or family get-together. Nothing is better than playing a quick game like this and laughing with a group of your favorite people while making memories.

7. Now That's What I Call Music - The Board Game

An extensive compilation of music trivia

This is an easy to play game with categories that will make everyone laugh. With a mix of trivia and tasks such as charades, the game is fun to play with people who want to put their musical knowledge to the test.

The game works by rolling a dice and depending on the number on which it lands, you have to answer questions from the 80’s, 90’s, and 21st century. There are a variety of questions that cover several musical genres.

Overall, this game is a fantastic way for big or small groups of family, friends, and more to come together without any electronics and spend some quality time together.

The affordable music board games mentioned in this list are a great way to spend your weekends with loved ones, and can even be played via video call with your friends who are out of town.

Whether you are someone who enjoys old school music, want to test your DJ skills, or sing, these easy to play games will keep you entertained. The variety of games mentioned means that you can now pick the one that would be the most fun for you to play.

Featured Image: “Board Games Galore” by eekim is licensed under CC BY 2.0