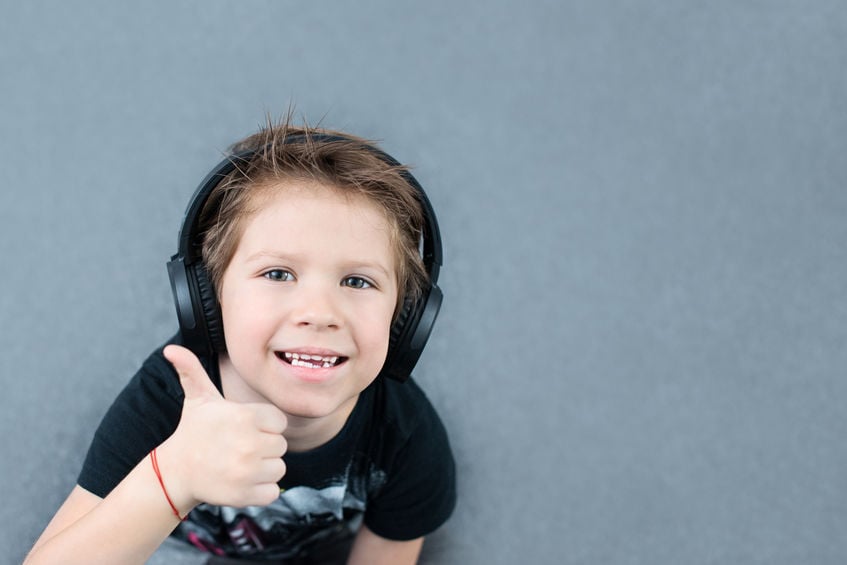 Music is pivotal for child development. It helps the child get ready for school by igniting several skills. This includes social-emotional skills, intellectual skills, language skills, motor skills, and literacy.

Exposing a child to music during the early development phase helps with learning word meanings and sounds, and listening to music even helps by strengthening memory skills.

Overall, music offers several benefits to your child, but what type of music should kids listen to? And is it a good idea to expose the child to music in the first place?

Can Music Make Your Child Smarter?

Music is neglected in schools, but you should not make the same mistake. A study conducted on 147 children in primary school showed that music lessons led to kids being better in other subjects. Some of the improvements noticed were:

Note: The study mentioned was small, and the influence of music on children needs to be further investigated until scientific conclusions can be reached. However, initial results point out to music aiding children in developing several pivotal skills for mental growth.

Ideally, the child should be exposed to several genres. Parents have to include songs from different cultures. You can introduce children to the music you like most, but at the same time, variety is key.

Perform the Music While Listening

Before picking songs, remember that children benefit from music most when they do more than simply listening. The kid needs to dance, clap, and sing along. If listening to music becomes interactive, the brain is more impacted through audiation.

Simply put, audiation is the same for music as thinking is for language. As a person listens to someone speak, vocal sounds are retained in memory. This is done for as long as it is needed to give meaning to words and recognize the sounds.

Since humans learn through practice, sound is an essential training tool for our brains. Musical comprehension can only be developed by a child when expressed through dancing, voicing, and listening.

When you choose songs to add to the music library of your child, take interaction into account. The more a child can interact with songs, the easier it is to train the musical ear. As a result, variety is needed.

Choose different tonalities and rhythms, together with songs composed in different keys. This challenges the child.

Introduce the Child to Classical Music

There is a debate about whether you should introduce your child to some genres, like thrash metal or punk metal. The truth is that songs in such genres are not ideal for the child because there is a low variety from one song to the next. You might love Nirvana songs, but the child will not benefit from “Smells Like Teen Spirit.”

Classical music is often recommended because numerous compositions change tonality, rhythm, and overall sound. The ideal songs to consider are those that tell a story and that use instrumentation educationally. This is why the two songs that are often recommended for children are Camille Saint-Saens’s “Carnival of the Animals” and Sergei Prokofiev’s “Peter and the Wolf.”

The trick is to engage the child. To do this, you should stick to shorter compositions. Under five minutes is preferred. Also, avoid songs or parts that rely on a single instrument class, like a string quartet. Orchestras engage the child with the use of several instruments. In addition, musical compositions created for orchestras often offer different sounds, rhythms, and tonalities in the same piece, making them perfect for children.

For most parents, choosing the first songs is the toughest part of introducing children to music. If this is your case, start with the songs you remember from when you were around the same age as the child. You can start with audio nursery rhymes and then move into classical music and folk songs when the child reaches preschool age.

As the child gets older, gradually introduce more complex music. Monitor engagement and try to identify what the child likes. But never force the process based on personal preferences. “Shine On You Crazy Diamond” is widely regarded as a masterpiece, but it is just too long for the child. Maybe stick to only one of the parts, for starters.

When you notice a song the child likes, practice it together. Turn off the music and encourage children to sing songs at their own pace. This removes the need to stick to a rhythm and makes music discovery more fun.

What Music Should Be Avoided?

Most parents think that the best songs for children are those made specifically for them, the so-called “kids songs.” This is not the case. Music made for kids emphasizes lyrics. The tune is often very simple or completely neglected as a secondary thought. Music production is poor, only major keys are used, and the human element is usually provided by children singing like adults.

You need to look for child-friendly songs, which is different from “kids songs.”

Obviously, you have to avoid songs that have inappropriate lyrics. However, this is highly debatable since what is inappropriate for one parent might not be for another.

What is important is to take the child’s preferences into account. You should not aggressively play the music you like if the child does not like it. Children need to listen to songs they like first.

As already mentioned, children have to be exposed to different music genres. You can play the music you like, as long as it is appropriate. But do not force the child to listen to it if he/she doesn’t like it simply because you think it is great. Your child might never love the same bands you do, and that is not a bad thing.

Make Sure to Supervise

Children these days are really fast at picking up technology. They can use tablets, smartphones, and computers at a level many adults cannot. As a result, you might be tempted to just let the child listen to songs alone, sometimes through streaming services.

The problem is music filtering is not perfect. Even kid-friendly music platforms sometimes play songs that are not appropriate. You need to be around when the child listens to music so you can supervise the songs played.

As time passes, supervision should be “transformed” into guidance. You want to encourage the child to make independent music choices. For instance, when you play with your child and music plays in the background, let the child choose by giving access to a selection, like different radio stations or CDs.

Listening to music is much more important for the development of a child than most parents think. However, choosing what music to expose the kid to should be done with care.

Make sure to avoid inappropriate songs and choose music from various genres. Gradually introduce short classical music pieces with as many instruments as possible and always supervise children while they listen to music to encourage engagement and figure out what they like and dislike.

Stop songs from time to time to encourage interaction and let children sing and dance since this is how they learn.